Posted on September 22, 2013 by Gratiana Lovelace

New portraits of British actor Richard Armitage–currently portraying Thorin  Oakenshield in The Hobbit movies trilogy–getting out of the house and attending a BAFTA LA TV Tea hosted by the BBC on Saturday, September 21, 2013 in Beverly Hills, California are STUNNING!  I guess the BBC doesn’t pop for alcohol when they’re across the pond.  Don’t they know that Richard Armitage loves wine?  But I’m guessing that he could always spike his tea. 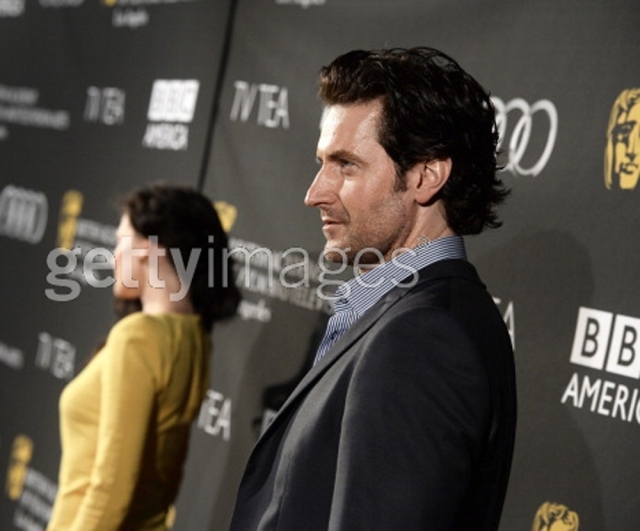 Back to the important stuff.  First off, many thanks to eagle eye Teresa Armitage (not her real name) for posting these new Richard Armitage getty wire images in our RAFN Facebook group.  *waves*

And as a side note,I had to scrap my first post title idea–“If Richard Armitage were a Popsicle, I would be ______ Him Tonight”–because I reserve my R rated posts for my love stories. And the only foreign language that I having a passing acquaintance with is French, not Latin. Ha!

But dang it!   Richard Armitage is so smoking hawt in these new portrait images that my demurely modest restraint goes out the window and my womanly essence takes over–or maybe, spills over.  *trembles*

For me, it is Richard Armitage’s long hair that has wavy curls begging to have fingers run through it when being kissed, it is the designer stubble that scratches oh so sexily when he kisses, it is the formal suit worn informally over an open shirt giving a hint of chest hair, and it is his eyes conveying his contentment with his present life that makes my heart go pitty pat.  Sighhh!

And with long hair like this, I can definitely visualize RA in a cravat that begs to be removed quickly–along with the rest of his clothes–for a heated tumble in a nearby bedchamber that the servants have made ready for just such clandestine occasions by their lord.  *fanning self* 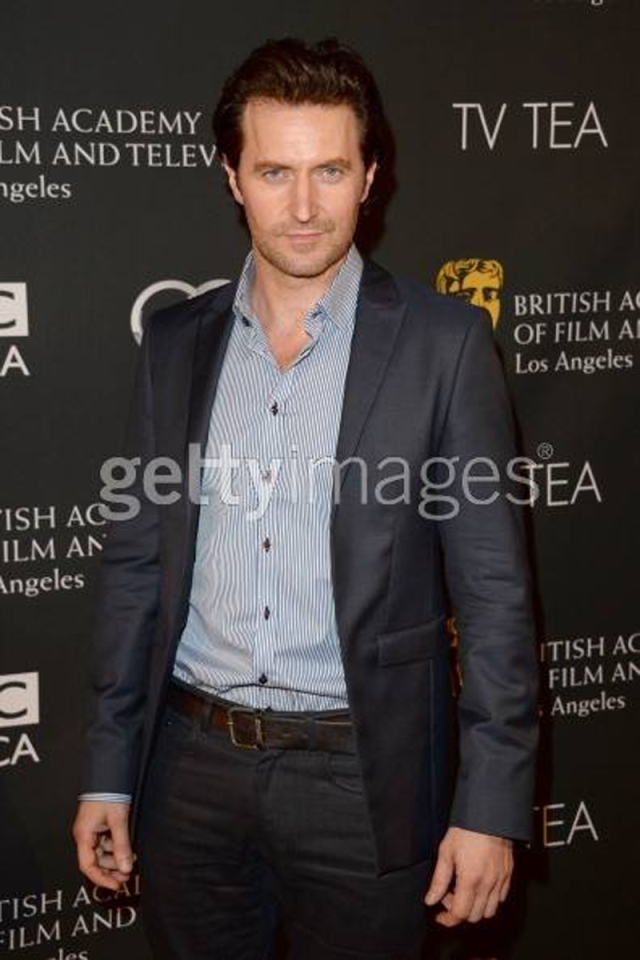 Let’s face it.  Husbands/spouses/partners across America just got lucky tonight–thanks to Richard Armitage looking oh so handsome, debonair, relaxed, poised, confident, sexy, and seductive, etc.  So let’s just enjoy these images without any more of my drivel. Ha!

And seeing Richard Armitage looking so ready for his close up with international fame as a filmstar,  here is GizTheGunslinger’s great video “Richard Armitage – Filmstar2” that recaps some of his major character roles of the last twelve years:

P. S. And I have to add one more, quite shallow, observation about the last portrait–RA’s left is so right.  *wink*

P.S. Again. Don’t forget to check out RANEt’s new giveaway contest.  Your entry must be submitted by October 4th, 2013:

Update:  P.S. #4–RANet has all of the pictures, including this relaxed and gorgeous smiling Richard Armitage.   Sighhhh!  (http://www.richardarmitagenet.com/images/gallery/Richard/EventsandAppearances/BAFTA-LA-TeaParty-21Sep13/album/BAFTA-LA-20.jpg):

P.S. #5  Update Oct. 07, 2013–I created this fun little graphic yesterday–with stylist Ilaria Urbinati’s quote–and I wanted to share it here with my readers for completeness: (Image courtesy of http://www.RichardArmitageNet.com):

Gratiana Lovelace is my nom de plume for my creative writing and blogging. I write romantic stories in different sub genres. The stories just tumble out of me. My resurgence in creative writing occurred when I viewed the BBC miniseries of Elizabeth Gaskell's novel North & South in February 2010. The exquisitely talented British actor portraying the male lead John Thornton in North & South--Richard Crispin Armitage--became my unofficial muse. I have written over 50 script stories about love--some are fan fiction, but most are original stories--that I am just beginning to share with others on private writer sites, and here on my blog. And as you know, my blog here is also relatively new--since August 2011. But, I'm having fun and I hope you enjoy reading my blog essays and my stories. Cheers! Grati ;-> upd 12/18/11
View all posts by Gratiana Lovelace →
This entry was posted in AttRAction, Fangurling, Fun Day Sunday, Richard Armitage, Sexy, Video and tagged AttRAction, fangurling, Fun Day Sunday, Richard Armitage, Sexy, Video. Bookmark the permalink.