Posted on October 24, 2015 by Gratiana Lovelace

again upon the world stage–when he took to the stage portraying the classic role of flawed victim/hero John Proctor in Arthur Miller’s The Crucible at The Old Vic in June – September 2014 with a compelling authenticity for this true to life character.

Mr. Armitage’s performances amongst a stellar ensemble cast were acclaimed by fans and critics alike (right) –and he was nominated for a 2015 Olivier Award (below). For more about the prestigious Olivier Awards, please visit http://www.olivierawards.com/ 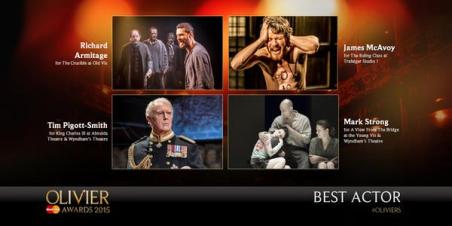 The image below was shared by Simonne (Thanks!) is a closeup of Mr. Armitage’s arresting smouldering gaze as he autographs one of the large theatrical posters of The Crucible at the beginning of their run, came across my FB feed Friday night. My heart stopped–again–when I saw this image, again–but in a larger close cropped aspect as shown below. *THUD* 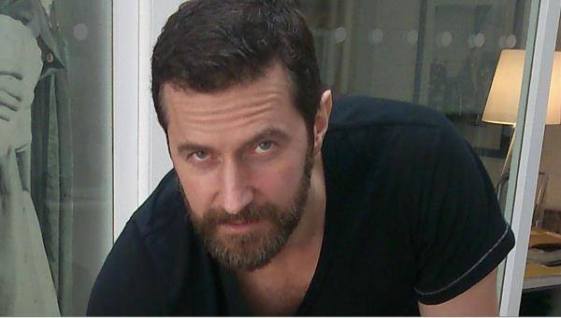 And below is the full uncropped version of that image as provided by the wonderful Richard Armitage resource site, www.richardarmitagenet.com: 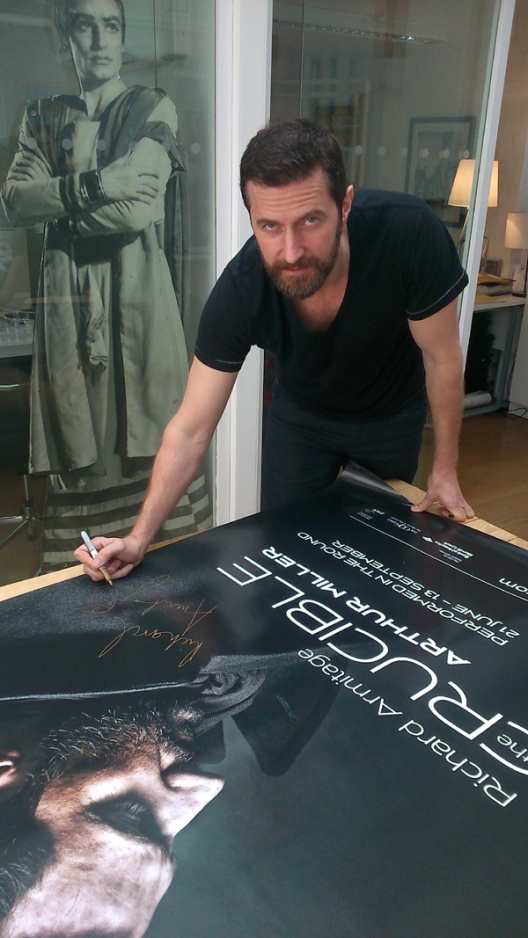