Fun Day Sunday:  The Search for the purrrfect shoe, be it for my Hubby or Richard Armitage,  January 21, 2018 Gratiana Lovelace (Post #1136)

Posted on January 21, 2018 by Gratiana Lovelace

Have you ever been doing something in “real” life and your mind instantly goes to a Richard Armitage moment or image?

Well in shoe shopping for my hubby for two hours on SatuRdAy, this playful Richard image stuck in my mind. Ha! 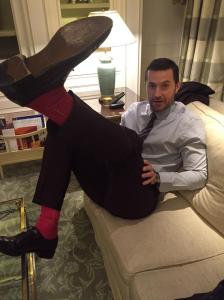 Image via Cyn (Thanks!)

And then these other talented British actor Richard Armitage images rolled on through in my mind: 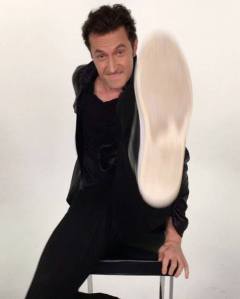 But, of course, I am also  quite fond of RA’s no shoes look as well, sighhh!:

Via Mezzmerized by Richard Tumblr

Thanks, I made it with this one. teehee pic.twitter.com/0ZaLR7irWi

Thanks for the Images !:  Cyn, Christine Salvini, Esther, Maire McNamara, Mezzmerized by Richard Tumblr, & Abiwim of Ottawa for the gif

P.S.  And my Hubby did not find his purrrfect shoes, yet.  Ha!

1 Response to Fun Day Sunday:  The Search for the purrrfect shoe, be it for my Hubby or Richard Armitage,  January 21, 2018 Gratiana Lovelace (Post #1136)