Posted on February 8, 2018 by Gratiana Lovelace

Thanks to Suzanne@suzi_writer for pointing me to RichardArmitageNet’s tweet (below), that explains Richard Armitage’s cryptic tweet (at the bottom):

that contians a link to the  Hollywood Reporter article (below)

about the talented British actor Richard Armitage (below, from 2014 The Crucible; image via Perry, Thanks!) joining the cast of the horror film “The Lodge”, now filming in Montreal, Canada. 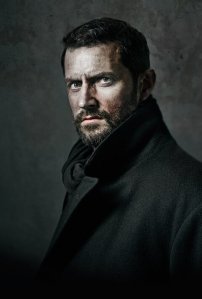 Here is an excerpt from the Hollywood Reporter article about “The Lodge” referenced above:

“The Lodge, which started production Wednesday [February 07, 2018] in Montreal, tells the story of a soon-to-be-stepmom snowed in with her fiance’s two children at a remote holiday village. Just as relations finally begin to thaw between the trio, strange and frightening events threaten to summon psychological demons from the woman’s strict religious childhood.”

With that description of the film “The Lodge”, I instantly thought of  “The Turn of the Screw” (two kids and a lady in a house where strange things happen), “The Shining” (remote location, frozen forest), and “Spellbound”  (snow, childhood trauma, etc.).

So we’ll see where this film goes as the filmmakers and Richard Armitage share tidbits with us.  Though dubbed as a “horror” movie, I’m hoping that the film is more in “psychological thriller” territory.

And Richard Armitage also gave fans a clue as to his current project with his tweet (below):

Love the frosted window with the crystalline gashes across it!  We can barely see the frozen forest scene outside.  Our wondering, what is lurking there? *shivers* I love a good psychological thriller!   Thanks for sharing!  Cheers!  ;->

Well now, we’ll have to see if any of RA’s Montreal fans checkout the filming and share what they find out with the rest of us.

P.S.  And to stave off the effects of our own frozen tundra in the Midwest of the U.S., I have to switch gears and sew up the finger seams on my multi-layered gloves where my little terror of a sweet beagle had chewed on them, before I face the minus degrees weather again tomorrow.  Ha!