It’s the middle of the work week and anything can happen. We could be dizzyingly busy or delightfully amused.  I vote for the latter.  Ha!  To that end …. I hope that you enjoy my latest Richarding installment!
Hugs <3 & Cheers! Grati ;-> 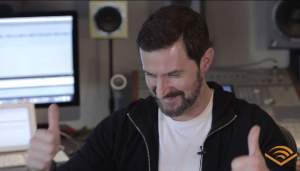 (as John Standring in Sparkhouse)

Image thanks to Valentina Ancilotti, myself, & Cyn Dainty!  Hugs <3