Posted on August 8, 2020 by Gratiana Lovelace 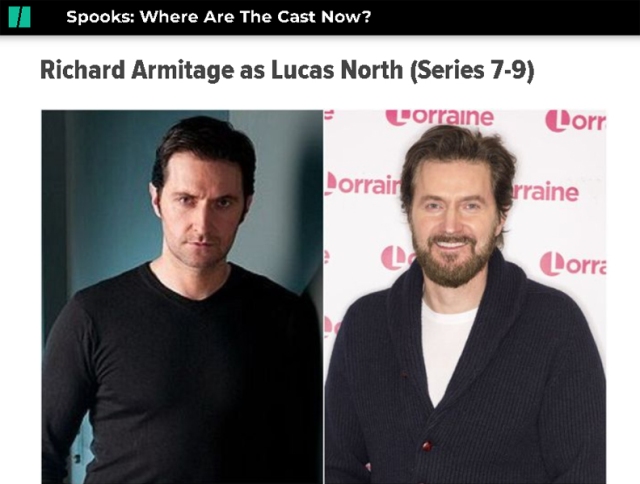 Below is an excerpt from the Huffpost Spooks actors article of February 08, 2020 by Ash Percival featuring the talented British actor Richard Armitage [Grati’s annotations]:

“In 2010, Richard began appearing in Sky drama Strike Back as John Porter, and the same year saw him play Heinz Kriger in Captain America: The First Avenger.

He starred in all three films of The Hobbit series as Thorin Oakenshield, while his other film credits include Alice Through The Looking Glass, Ocean’s 8 and Pilgrimage.

Richard has also appeared in several US TV dramas, playing Francis Dolarhyde in Hannibal and Daniel Miller in Berlin Station, while he also provided the voice for Trevor Belmont in Castlevania.

Most recently, Richard appeared in the 2020 Netflix series  The Stranger, in the lead role of Adam Price.”
[Huffpost online, February 08, 2020, by Ash Percival]

And thanks to Fabo Laktuko for sharing the article link!